Rich with culture and history, Puerto Rico is a vibrant island that is home to more than 3.4 million people. San Juan, both the capital and economic center of Puerto Rico, is one of the oldest cities under U.S. jurisdiction. Founded in 1521, the port city has been integral to trade and business in the Caribbean for nearly 500 years.

Recently, Puerto Rico has been plagued by a financial crisis. The economy has been in recession since 2006. Since that time, approximately 450,000 Puerto Ricans have left the island. More than a decade later, Puerto Rico’s bond debt and unpaid pensions amount to more than $120 billion, leading the government to file for bankruptcy protection in May 2017. 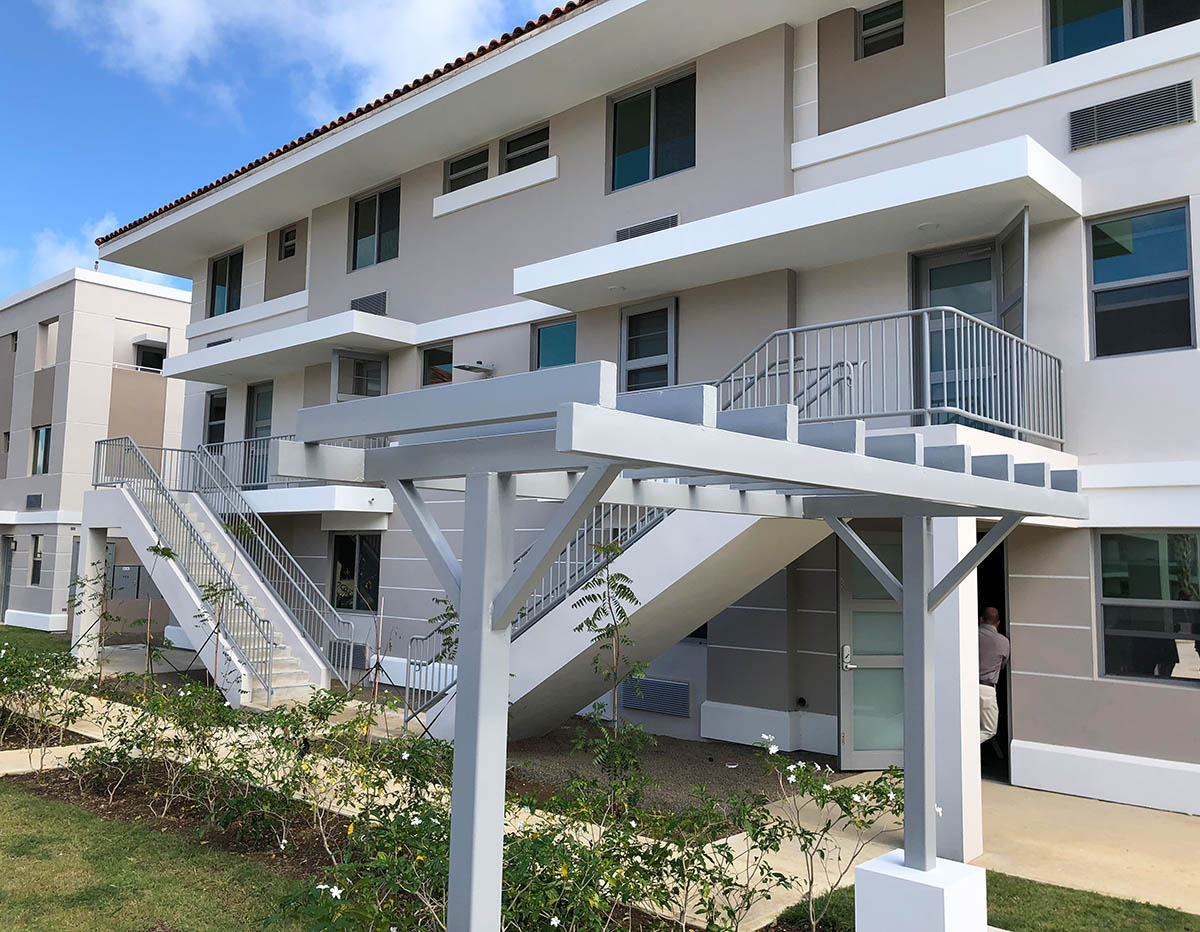 Puerto Rico recently introduced the Puerto Rico Comprehensive Housing Plan, which aims to rehabilitate 10,000 units over the next decade. The U.S. Department of Housing and Urban Development (HUD) also committed to investing $200 million to rehabilitate 750 units of affordable housing on the island.

Soon afterward, the Puerto Rico government embarked on the redevelopment of the public housing sites Las Gladiolas and Puerta de Tierra, which are the subject of this case study. McCormack Baron Salazar (MBS) was selected through a competitive process as the master developer for all three redevelopments. MBS through its affiliates will also act as the general partner of each of the project partnerships as well as the property manager.

For the Las Gladiolas and Puerta de Tierra developments, MBS assembled a team which included Hunt Capital Partners as the tax credit syndicator, Citi Community Capital as the construction lender, F&R Construction Group, Inc. as the general contractor and Álvarez-Díaz & Villalón as the architect.

The new construction of Las Gladiolas and Puerta de Tierra represents a paradigm shift in affordable housing for Puerto Rico, as both are public/private partnerships that leverage public funding with private investment.

Las Gladiolas is located in the Hato Rey neighborhood, one of the most notable districts in Old San Juan. The redevelopment will replace public housing that was originally built in 1969. Over the years, the original buildings suffered significant wear and tear. Funds were not available to make crucial repairs and the development was eventually deemed unsuitable for tenants being demolished in 2011.

The estimated development cost for the new construction of Las Gladiolas is $33.5 million, and funding for the property was secured through a variety of sources. Las Gladiolas was awarded $25.7 million in federal LIHTCs from the Puerto Rico Housing Finance Authority (PRHFA). Hunt Capital Partners facilitated the investment of these federal tax credits through its proprietary tax credit investment fund, Hunt Capital Partners Tax Credit Fund 19, with Citi Community Capital. Additional construction and permanent financing for the development was provided through a public partnership with the Puerto Rico Department of Financing and HUD funds, with Citi Community Capital providing construction financing. Las Gladiolas closed in August 2016. The investment was structured with significant reserves, no hard debt and no reliance on Puerto Rico Law 173 subsidy.

The development broke ground in the summer of 2016, and construction is scheduled for completion in Winter 2019. Once completed, Las Gladiolas will include 140 units in 17 buildings across seven acres of land. Out of 140 units, there will be 56 public housing units, 29 market rate units and 55 LIHTC units restricted to households at or below 60 percent of the area median income.

When completed, Las Gladiolas will offer one, two, and three bedroom units in townhouse and garden-style buildings. Each dwelling will be furnished with Energy Star appliances, central air conditioning, walk-in closets, and a washer and dryer. Families will also benefit from several community amenities including a community center, indoor exercise facility, computer room, swimming pool, playground, garden area, and barbecue grills. The development will also include 4,500 square feet of commercial space intended for use by a grocer and pharmacy.

Puerta de Tierra has an estimated total development cost of $41.3 million. It was awarded $29.2 million in federal LIHTCs from PRHFA, and Hunt Capital Partners facilitated the investment of federal tax credit equity by Citi Community Capital through its proprietary investor fund, Hunt Capital Partners Tax Credit Fund 19. Additional construction and permanent financing for the development was provided through a public partnership with the Puerto Rico Department of Financing and HUD funds, with Citi Community Capital providing construction financing. Puerta de Tierra closed in November 2016. The investment was structured with significant reserves, no hard debt and no reliance on Puerto Rico Law 173 subsidy.

Construction for Puerta de Tierra’s 174 units began Fall 2016 with an estimated completion date by Summer 2019. The units will span across 13 three- and four-story buildings on six acres of land. There will be 92 public housing units, 43 LIHTC units, and 39 market rate units. All LIHTC units will be set aside for households with incomes at or below 60 percent of the area median income.

When construction is completed, Puerta de Tierra will offer one, two and three bedroom units in townhouse and garden-style buildings. Unit amenities will include EnergyStar appliances, wall-to-wall tile, wall-unit air conditioning in the bedrooms, and a washer and dryer. Residents will also be able to utilize community amenities, such as an indoor fitness room, business center, multipurpose areas, playground, garden, and walking trails. The development will also include 6,000 square feet of commercial space intended for use by a grocer and pharmacy.

The locations of these developments are also ideal for job opportunities and transportation access. The Las Gladiolas development is close to the Tren Urbano light rail stop and a few blocks away from the Golden Mile Financial District (Milla de Oro), which is headquarters for many local and international banks, including Citibank. The Puerta de Tierra development is close to several government buildings and the cruise ship terminal. 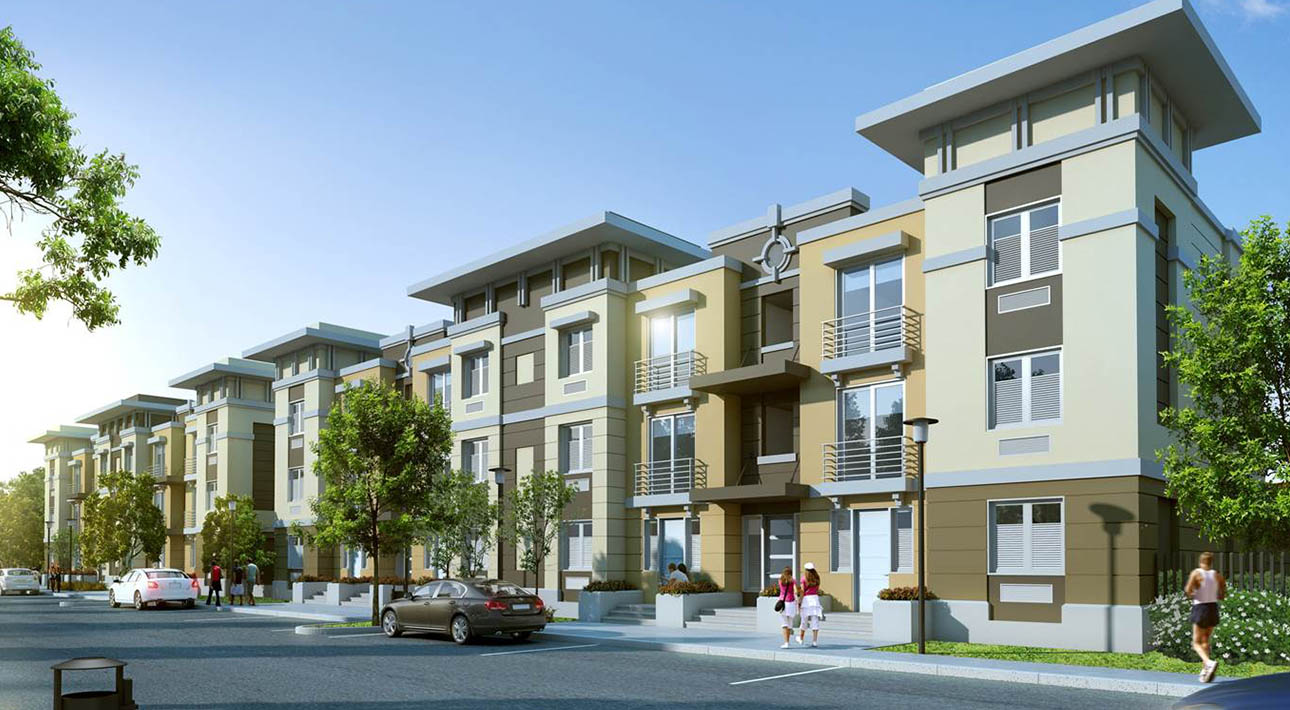