The Largest RAD Deal in the Country to Date

To address the shortage of funds necessary to make the needed repairs and improvements to the public housing stock, HUD introduced a program in 2013 called Rental Assistance Demonstration (“RAD”). RAD allows PHAs to preserve and improve public housing units and to leverage both public and private resources in order to meet the challenging capital needs of the aging public housing properties. Under RAD, HUD releases its Declaration of Trust on the property allowing the PHA to leverage the property with third-party loans. The PHAs are also able to apply for federal, and in some instances, state low-income housing tax credits (“LIHTCs”).

By utilizing RAD, PHAs are able to convert their current operating subsidies to new long-term Project-Based Section 8 Rental Assistance Contracts. Section 8 contracts provide a guaranteed rental income. As a result, the properties have the opportunity to produce greater cash flow, which can then be leveraged to obtain third-party mortgage debt. These mortgage proceeds, together with tax credit equity, capital funds and reserves that PHAs may have already set aside, are then used to pay for rehabilitation costs. 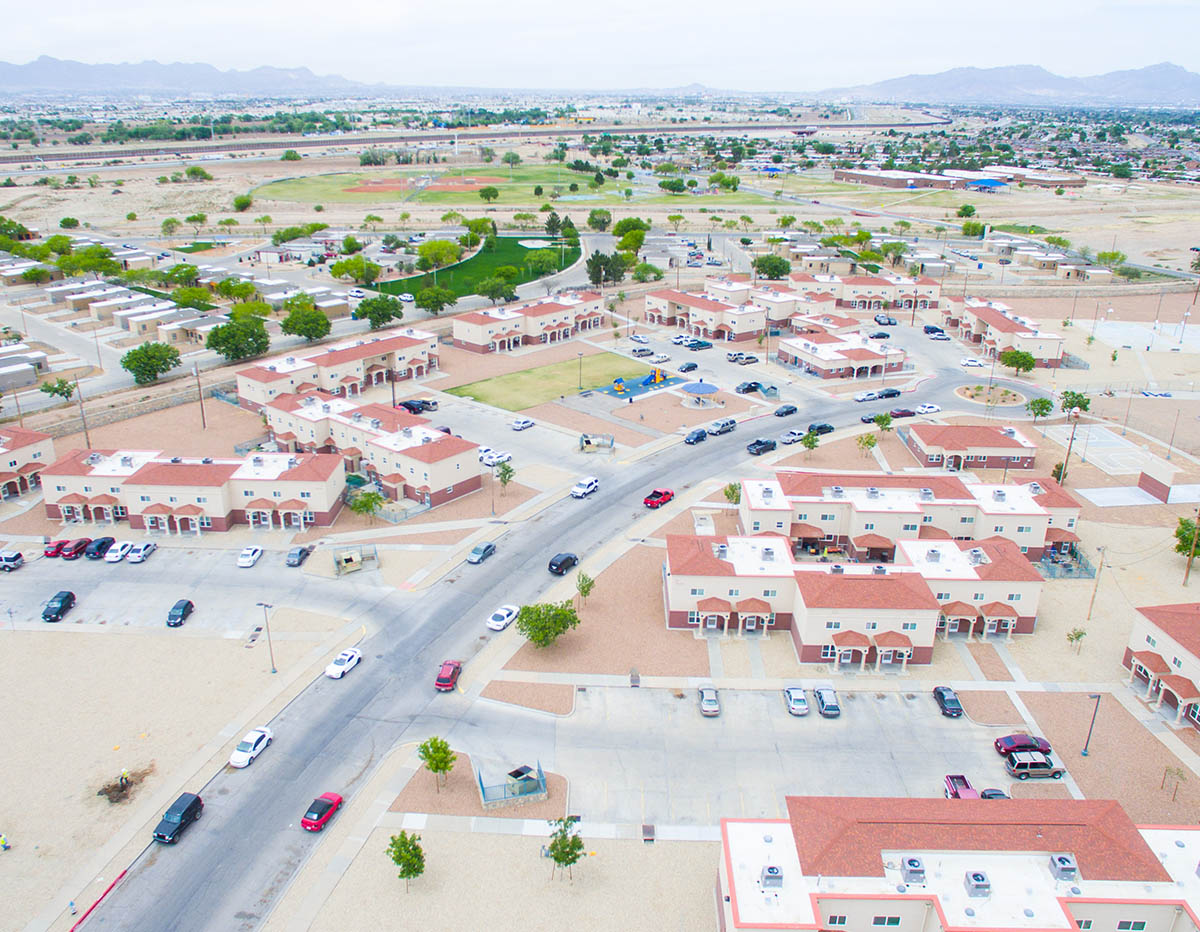 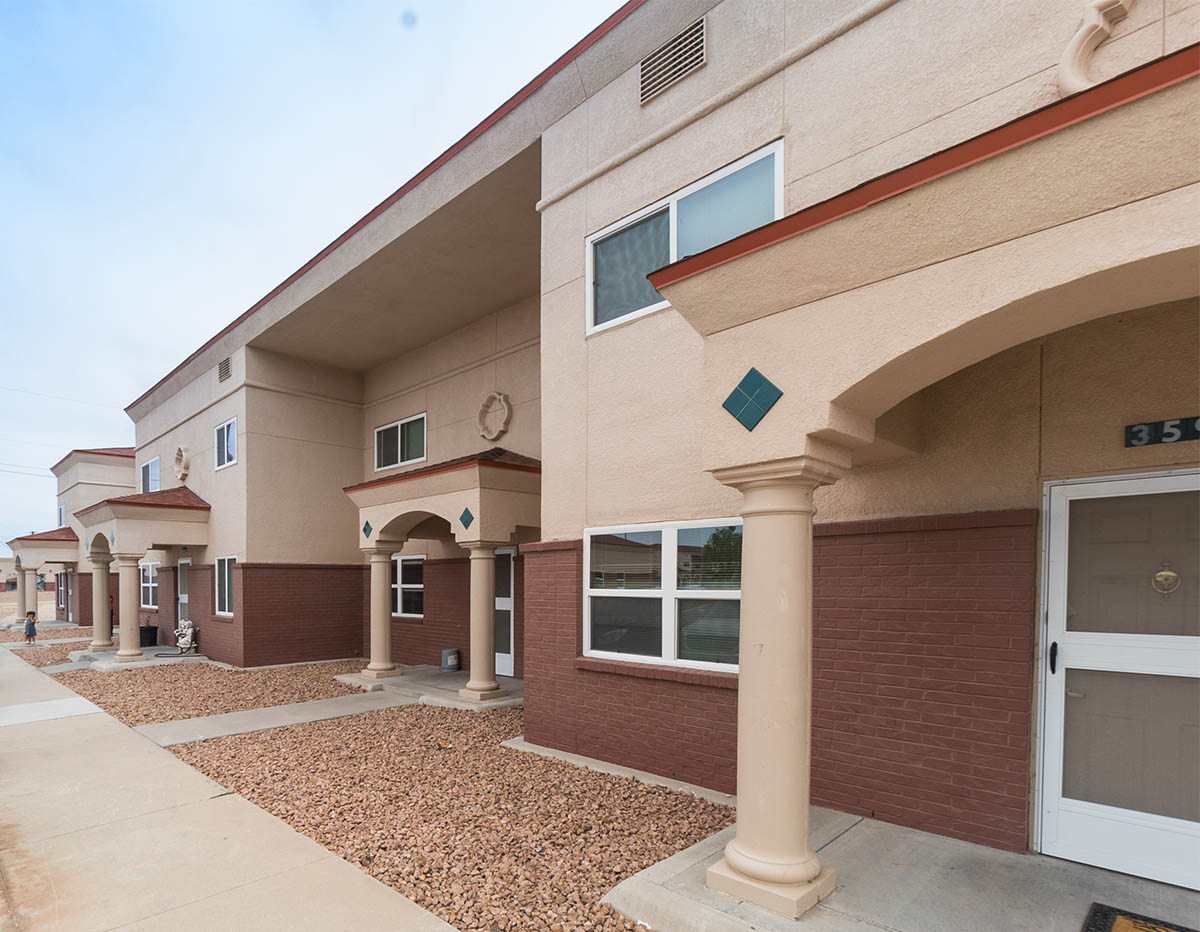 When HUD first launched RAD in 2013, it capped the number of units that could participate in the demonstration program at 60,000. The Housing Authority of the City of El Paso’s (“HACEP”) portfolio was in need of substantial rehabilitation. HACEP quickly applied and was approved to have its entire 6,100 unit portfolio participate under RAD. HACEP was the first housing authority in the country to submit its entire portfolio under RAD, and its allocation represented 10% of the initial program amount.

In an effort to rehabilitate its portfolio in an orderly fashion, HACEP divided its portfolio into different phases. The first phase is El Paso RAD I (“RAD I”), which contains 1,590 units in 13 properties or just over 25% of HACEP’s overall portfolio. Conversion of the portfolio from public housing to RAD allowed HACEP to address its portfolio’s significant capital needs, – estimated at $150 million over the next five years and over $500 million over the next 30 years – produce stabilized cash flow, and set aside reserves for future maintenance needs. When completed, the conversion will provide for improved housing for HACEP’s 40,000 residents.

As of July 2016, RAD I is the largest single RAD transaction to close in the U.S. RAD I is comprised of 13 separate properties scattered throughout the city of El Paso. Eight of the 13 properties were “gut” rehabs in which units were remodeled down to the studs. The other five properties were substantial rehabs, in which units received new HVAC, windows, floors, kitchens, and bathrooms as well as exterior upgrades. 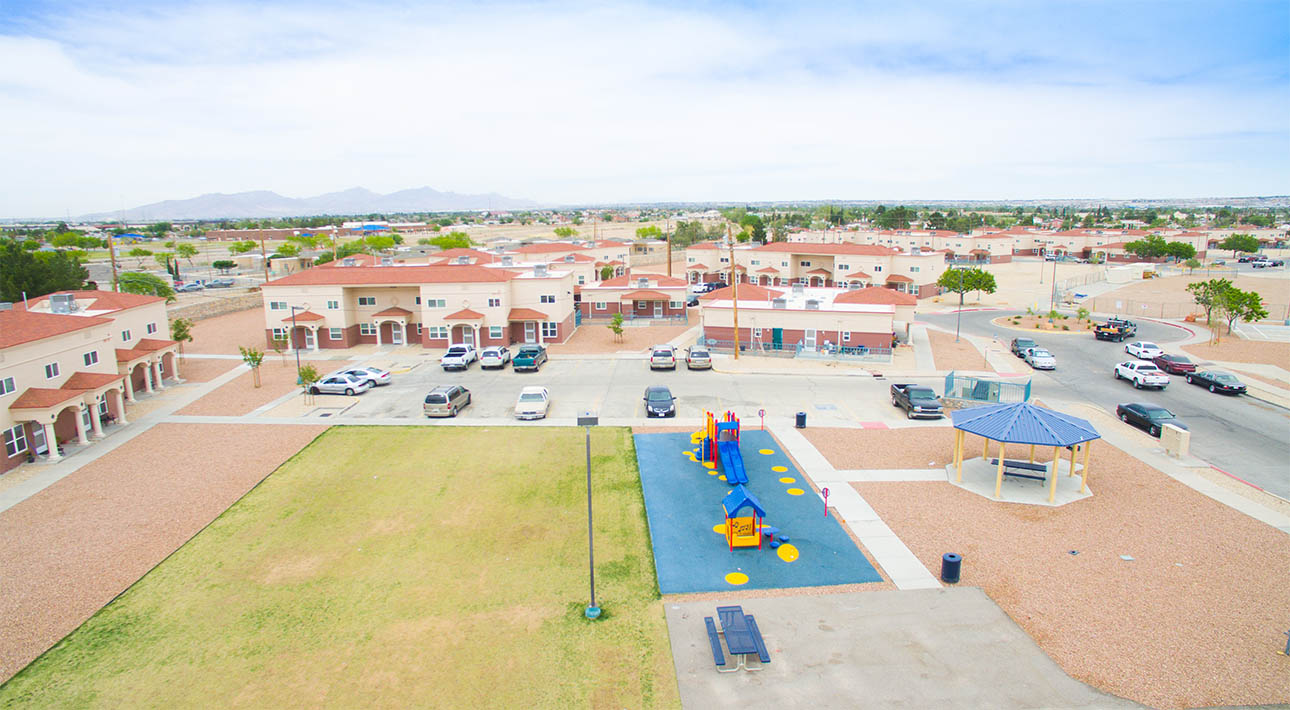 HACEP partnered with Hunt Companies, Inc. (“Hunt”) to co-develop RAD I. The total cost of the RAD I undertaking was $241 million, including $80.7 million in 4% LIHTC equity. Construction began in April of 2015 with a scheduled completion date of Spring 2017 and full tenant occupancy by Fall 2017. A number of HACEP affiliates participated in the development team, including Paisano Housing Redevelopment Corporation as the co-developer and general partner, Affordable Housing Enterprises as the general contractor, and EP HOME as the property manager. A number of Hunt affiliates participated in the development team including Hunt Development Group as the co-developer, Hunt Mortgage Group as the lender, and Moss & Associates as the master subcontractor.

Hunt Capital Partners (“Hunt Capital”) created a structure for this transaction that was critical in maximizing the benefits of the LIHTCs and minimizing the risk to investors. First, Hunt Capital bundled the 13 properties into a single partnership to control transaction costs. The bundling of the properties allowed for a single permanent loan on all 13 properties, effectively allowing certain larger properties’ NOI to subsidize smaller properties that might not be able to service a pro rata allocation of the permanent loan. Additionally, Hunt Capital structured the rehabilitation as a tenant-in-place “rolling” rehab, allowing for a substantial amount of tax credits to be allocated to the investors during the rehabilitation period. This enhanced investor interest as investors would receive an immediate return on their investment in the form of LIHTCs. Lastly, because HACEP was the owner of the housing properties, HACEP was able to sell the improvements to the RAD I partnership taking back a note to finance the sale. This produced over $24 million in LIHTCs.

Under RAD, every public housing resident has the right to return to the property they resided in the following conversion to RAD regardless of the resident’s income at the time of conversion. However, residents are not guaranteed the ability to return to their original unit and Housing Authorities have the ability to “right size” households into an appropriately sized unit. The right to return may be in direct conflict with LIHTC rules, where initial household income is limited to 60% of area median income.

Households initially qualify for public housing if their income is at or below 80% of the area median income, but are generally allowed to remain in public housing regardless of income growth. This discrepancy in income requirements between public housing and LIHTC rules, coupled with the right to return under RAD, creates the potential for over-income tenants, thereby reducing the LIHTC eligible units. In order to properly account for this issue and determine the correct affordability percentage to use when projecting LIHTC equity, HACEP had to income test all 1,590 tenants prior to closing and identify any over-income tenants (as defined by LIHTC rules). The over-income tenants were then factored into Hunt Capital’s projections by reducing the number of LIHTC eligible units.

Orchestrating the relocation of 1,590 households over a two-year period presented HACEP with a significant logistical challenge. In an effort to reduce the stress and burden on its residents, HACEP sent staff to interview each of the 1,590 households one year prior to the commencement of construction. HACEP staff explained the planned rehabilitation and the need to relocate residents during construction. They affirmed that each family would be entitled to return to their development after the rehabilitation. So as to minimize disruption to the residents, staff members also compiled information regarding the residents’ children’s schools, locations where residents were employed, the residents’ means of transportation to and from employment, and resident relationships; an example of the latter is where one family earns money by providing assistance to a neighboring family such as child care, senior care or meals for seniors which assistance is critical to the neighboring family. HACEP made it a priority to keep residents informed, have children stay in existing schools, minimize transportation disruption, and keep these types of resident relationships intact during the rehabilitation period. The interview process was then repeated by HACEP a few months prior to the commencement of rehabilitation to make sure any changes were taken into account in the relocation process.

Hunt Capital’s view is that investors do not want to depend on the potential availability of reserves or cash flow to pay for repairs or improvements in the future. HACEP was in agreement in regards to the necessary scope of rehab and wanted to improve their properties well above the RPCA’s minimum standards. Overall construction costs nearly doubled from initial projections. Hunt Capital, HACEP and Hunt continuously revised the financing structure of the transaction as the scope evolved to both accommodate the additional costs and ensure that the rehabilitation would create long-term sustainability for each of the sites.

ABOUT THE HOUSING AUTHORITY OF THE CITY OF EL PASO

As a high performing public housing authority (PHA) that assists more than 40,000 El Pasoans, the Housing Authority of the City of El Paso (HACEP) has become the 14th largest PHA in the United States and the largest in the State of Texas. It provides 6,100 public housing units, 495 Section 8 New Construction units, 1,288 tax credit and non-subsidized units, and 5,600 Housing Choice Vouchers. HACEP was created on February 17, 1938, by statute to provide low-income residents of the City of El Paso with access to low-cost housing to develop, acquire, lease and operate affordable housing for the residents of El Paso with limited income. HACEP is committed to offering residents a hand up rather than just a handout and encourages residents to improve their social, educational, and economic opportunities on their way to self-sufficiency and economic independence.

Largest single RAD transaction approved by HUD in the country