Since its founding in 1636, the city of Hartford in Connecticut has become a premier place of industry and business. The state’s capital has historically been home to some of our nation’s largest corporations and has earned the nickname “insurance capital of the world.” The city’s antiquity is another defining characteristic as it contains many historic sites including the Old State House of Connecticut where the United States Constitution was signed.

One of the challenges the city has faced is a rise in poverty levels. The poverty rate in Hartford is 34.4 percent, which is the eighth highest in the United States for a city with over 100,000 inhabitants. Additionally, Hartford’s general population has declined since 1970, while its low-income population has increased.

This economic disparity is evident in some of Hartford’s downtown urban districts like Frog Hollow. Located in the south-central part of the city, Frog Hollow was once a thriving manufacturing center in the early 1900s. It was originally comprised of buildings that housed immigrants who worked in factories along Capitol Avenue. Decades later, many of these businesses have closed and buildings have been abandoned. Residents have increasingly felt a financial burden, with the median household income hovering around $26,000. There is a clear need for affordable housing in communities like Frog Hollow.

Acutely aware of the housing and overall development needs in the urban areas of Hartford, Governor Dannel Malloy announced the inception of the Capital Region Development Authority (CRDA) in 2012 to specifically oversee the revitalization of the capital region. The CRDA received an initial allotment of $60 million for housing development and is targeting the creation of 2,000 downtown rental units by 2018. The creation of the CRDA has inspired more developers to spearhead affordable housing initiatives. 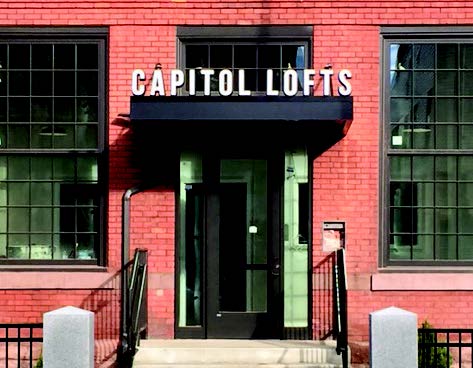 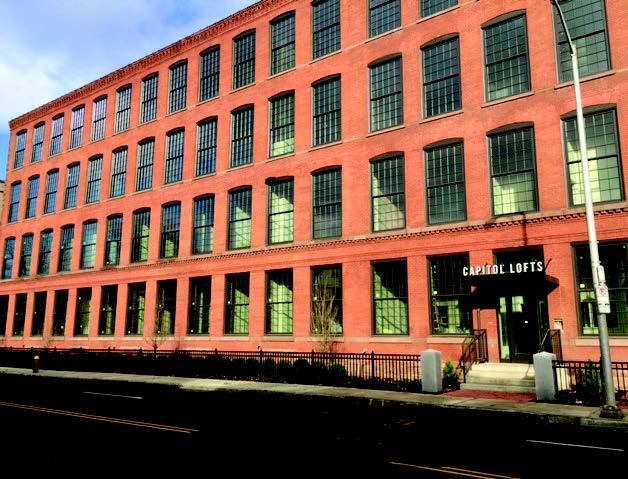 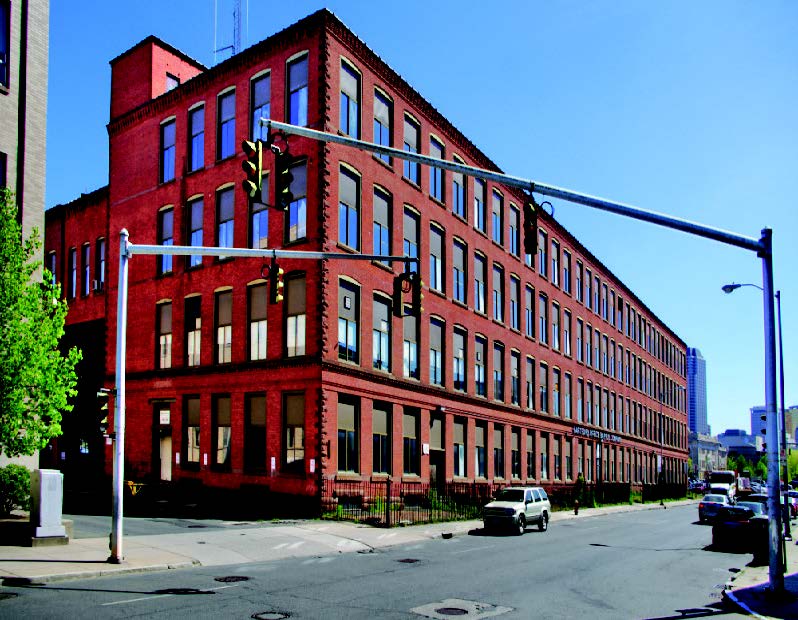 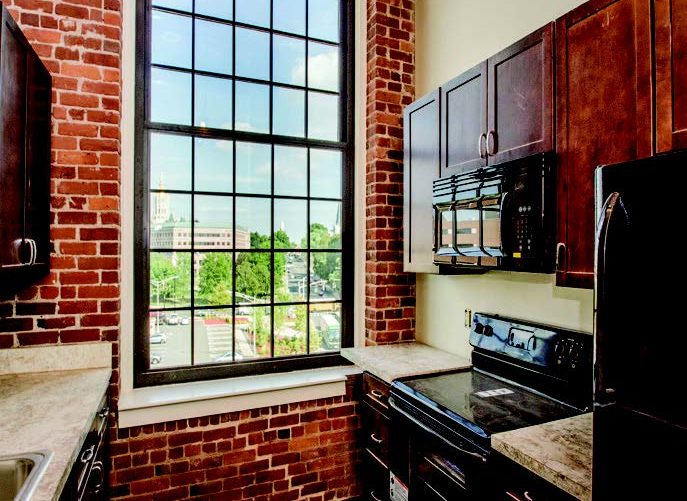 390 Capitol Avenue, now Capitol Lofts, is the acquisition, rehabilitation and adaptive reuse of the historic Hartford Office Supply Co. building into a residential housing community that will create a total of 112 loft-style apartments, comprising both market rate and low-income housing tax credit (LIHTC) units. The development is a significant achievement in that it has acted as a catalyst for redevelopment in the Frog Hollow neighborhood along Capitol Avenue. Dakota Partners spearheaded the development of Capitol Lofts and the property is Dakota Partners’ second rehabilitation and adaptive reuse of a historic structure in downtown Hartford. 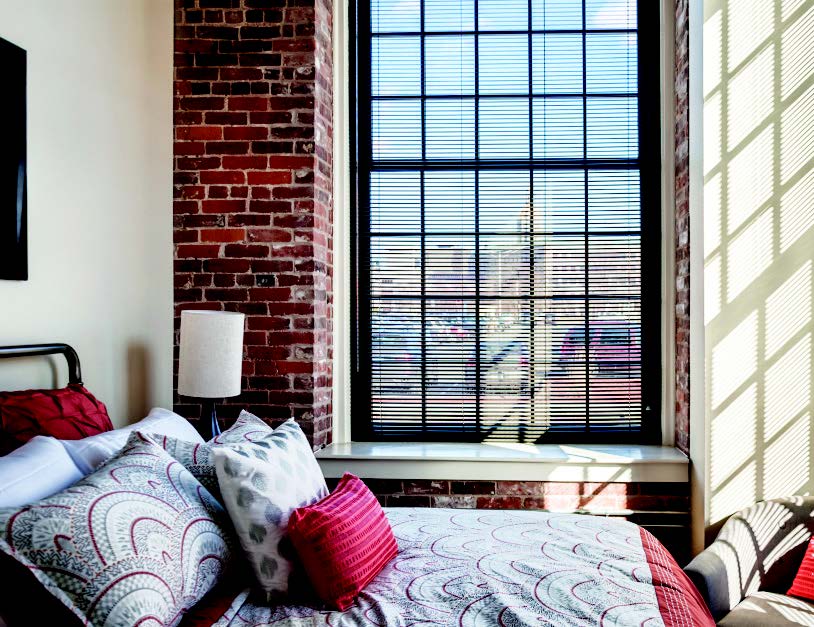 The original building on 390 Capitol Avenue was constructed in 1915. Pratt & Whitney, the iconic precision machinery manufacturer founded in 1860, used the facility as a machine shop in the 1920s. This building was where Frederick Rentschler designed and showcased the first wasp engine, which was later used on most military aircraft during World War II. After the ownership by Pratt & Whitney, the facility was used as a warehouse until the 1930s. More recently, it was occupied by Hartford Office Supply Co. However, the structure had been vacant since 2005.

The total development cost for Capitol Lofts was $36.5 million. Designated as a brownfield site, the renovation budget for Capitol Lofts also included approximately $1.5 million in environmental remediation expenses; items that were covered under this allocation included treatment and removal of asbestos-containing materials, polychlorinated biphenyl (PCB) containing materials, lead paint, and the removal of an existing 5,000 gallon underground storage tank.

For the rehabilitation of Capitol Lofts, Dakota Partners put together a dynamic development team including Hunt Capital Partners as the tax credit syndicator, Maggiore Construction as the general contractor and Crosskey Architects as the architect.

Capitol Lofts was awarded $2.2 million in federal LIHTCs by the Connecticut Housing Finance Authority.  As the structure is listed on the National Register of Historic Places, it also qualified for $6.46 million in federal historic tax credits (HTC). Hunt Capital Partners facilitated the syndication of the federal low-income and historic tax credits through its proprietary investor fund, Hunt Capital Partners Tax Credit Fund 18, with Aetna Insurance.

The complete list of all funding sources, lenders and investors for Capitol Lofts is as follows: 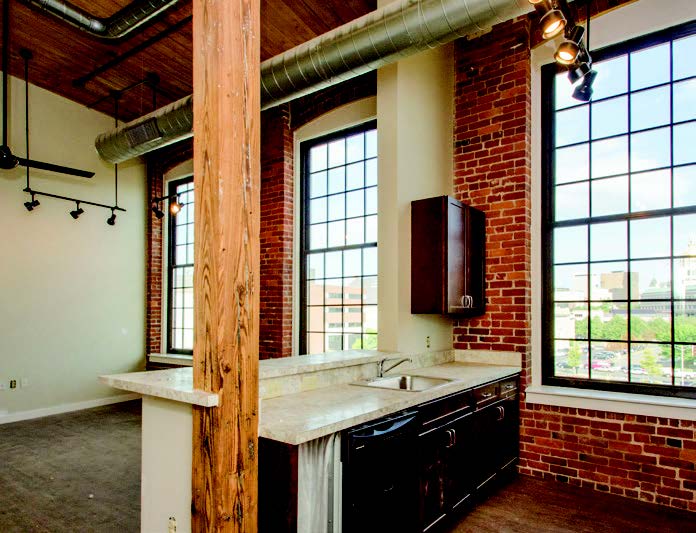 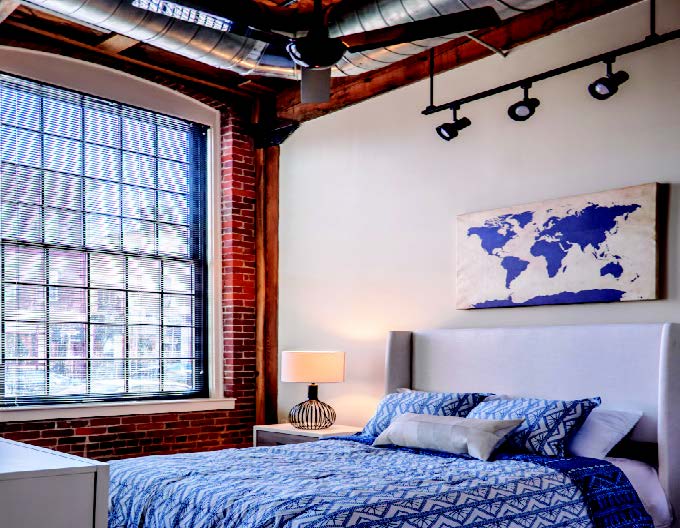 Construction for Capitol Lofts began in September 2015 and was completed December 2016. The grand opening and ribbon-cutting ceremony occurred in April 2017.

Capitol Lofts served as an important catalyst for the revitalization efforts for the Frog Hollow neighborhood. The development breathes new life and affordable housing into the community. It also represents a new era of change, investment and growth in the region, as well as involvement from corporations in the community. Aetna’s investment in Capitol Lofts was critical in making the rehabilitation of Capitol Lofts possible, and the company’s headquarters is within walking distance of Capitol Lofts. 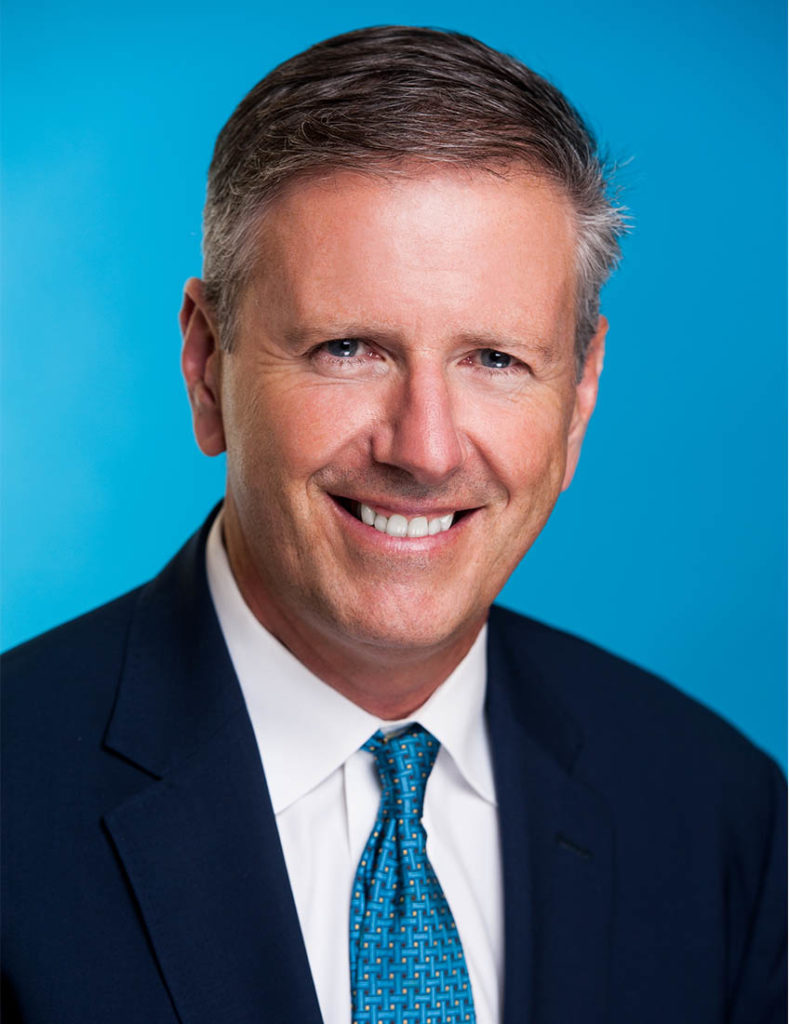 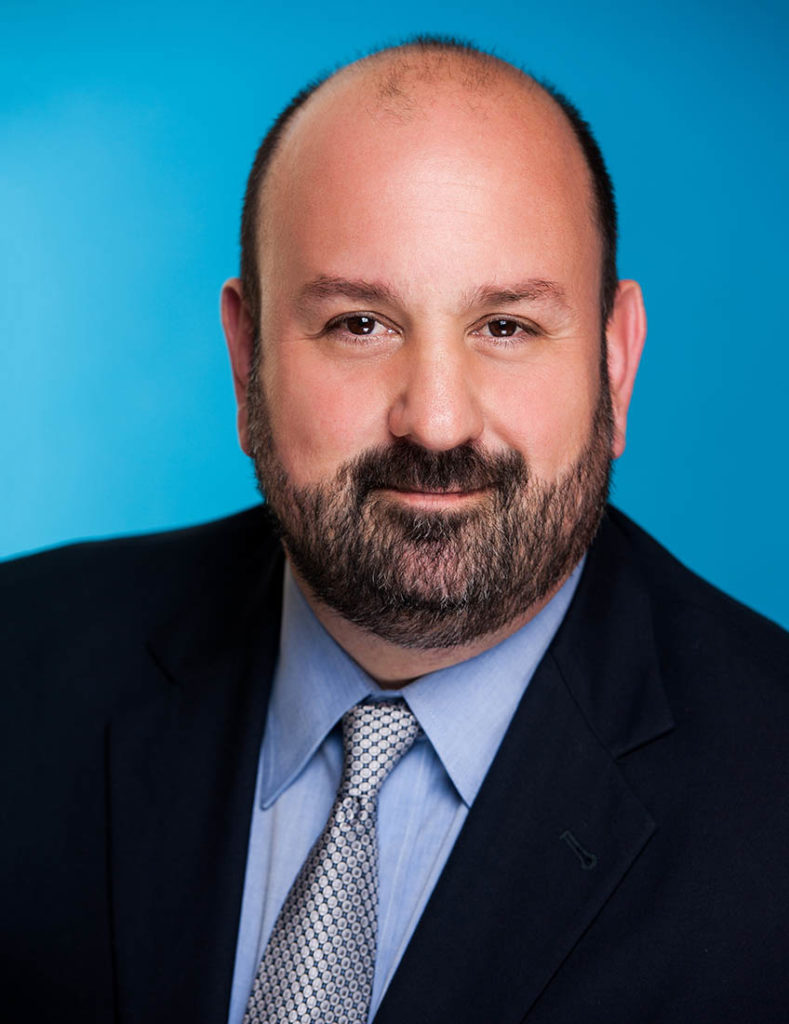 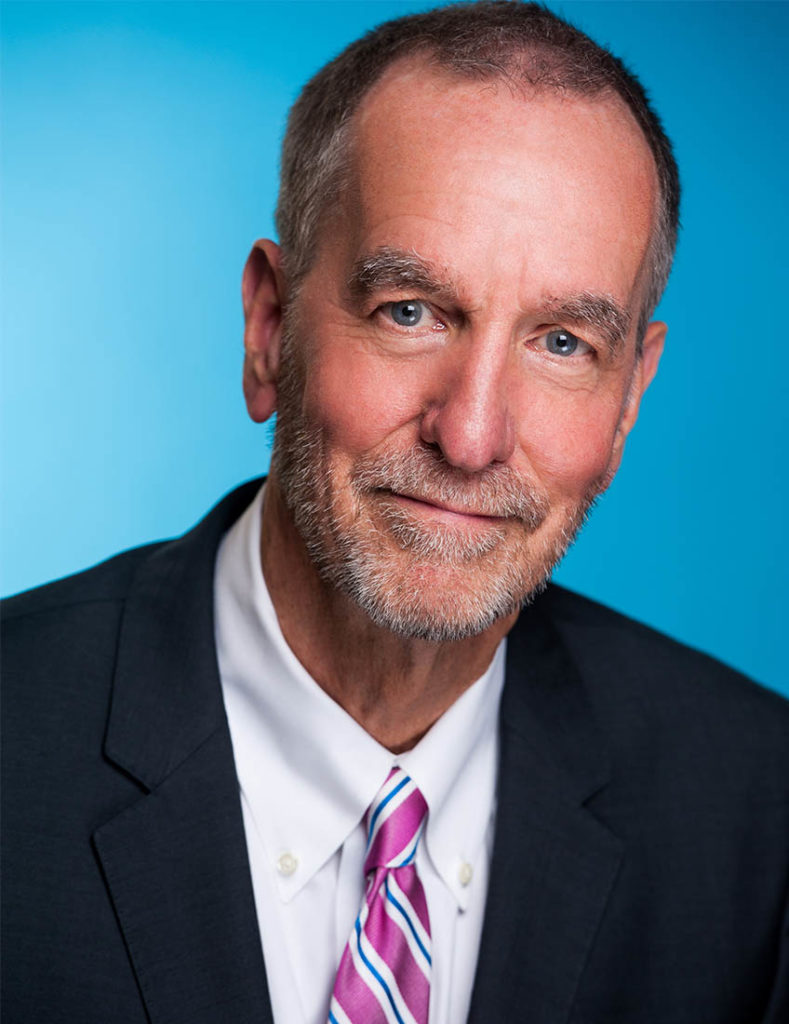